For Stars to talk one on one!
Post Reply
132 posts

I don't have any right now :/ sorry. I haven't exactly been working XD

I've been getting up at 6 AM, going to school, coming home eating, taking a nap, eating, and going back to bed.
[align=center]Avatar Base[/align]
Top

very cool! love the pose (and the fact you used DoctorWho as a reference XD)

whos the boy? or is he just a reference?

one bit of c/c is the bicep seems funky. too small and it looks asif you didnt give him the full muscle structure o_0 Ill post a ref image tomarrow (its almost midnight here) you also made the torso slightly short and compact. thats ok, just thought id let you know :3

The guy is the model of the character. :] I needed dreads and he was the cutest guy with dreads I found.

lol I totally creeped on facebook to find him.
[align=center]Avatar Base[/align]
Top

im back! yesh im a horrible teacher for leaving you so often D8 feel free to throw rocks at me *ducks flying rocks*

I haven't really been dolling recently. I've got that WIP of Kennedy but that's all.

I'be been sleeping XD and practing guitar. Also, I hurt my finger so that's like annoying to do anything with right now.
[align=center]Avatar Base[/align]
Top

I felt really bad that I didn't have anything to show you, so I dug up a faceless sketch and scanned it. I figured it'd help me with facial edits later, learning how to make one completely from scratch.

It had a nose and a mouth but no eyes so, I added the eye a few minutes ago. Traced it and I'm working on basic shading right now.

I like it a lot for some reason, it reminds me of video game cells.

anyway i love it so far. the eye seems slightly small tho. and while the other eye may be covered with hair, it would still be slightly seen. you can just copy and paste the basic shape of the eye if you dont want to go in and draw the otherone from scratch
...you should give him emerald green eyes :3 *is a sucker for green eyes*


ya know, the more you do, and the work you show me; it makes me wonder why Im still mentoring you XD You have a nack for dolling, even if its not quite conventional

yeah, the first eye was just a placeholder so I knew where to put it. I thought it looked a little small too, so I wanted to check before I copied or flipped it.

Actually, I wasn't sure how he was going to be "colored" so to speak. The sketch had nothing labeled or no character specified so I can have a feild day with him! Woohoo.

Like an avocado green? C: I saw this shade on HGTV today and thought it was lovely. Weeeeell. If you really feel like I'm getting that good, we can always ask a mod to move our thread to the other place. The changing room or whatever, where it's still one-on-one but not like "LEERING MENTOR".

It's up to you though, I don't see a difference. You're the one watching me grow xD

as for the shading, it looks ok so far, but if the light source is up that high, then the neck would be entirly in shadows or only have minimul highlights.

to be honest i think moving this thread into the Dressing room would be better for the both of us. Dont get me wrong, Im a kick ass mentor XD But your not in need of a mentor anymore.
You just need someone to point out things, but believe me when i say, your way past the trainie stage in your dolling.

(...i didnt think i leered THAT much

You didn't leer XD I meant like how teachers are always looking over your shoulder at things you do, you know?

"Overseeing" is a better word.

And I'm getting my username changed hopefully - but I don't know what I want it to be :B

lol idk but im loven the PixelPopcicle one

his iris is kinda thin dontcha think? even from your ref you can tell its touch both the uppre and lower lid and the eye is opened fully too.
The eye color is beautiful tho :3

sorry xDD;; i've been buzy the past week.

I fail at updating... I also fail at epic updates xD. I apologize for the inactivity on this doll.

oh yay! i was wondering if you finished this one :3 I love the palette you have.

Oh and i hope you dont mind some 'purple' lines

I noticed you made his right shoulder rather large in comparision and you made it too far from the body.

I'm going to start a new doll soon, I want to do one before school starts (hopefully) and finish it.

I've had this "elemental" idea in my head, like... I know it's cliche, but an elemental school. Kinda like x-men, but not really. Like, all the Pokemon elements pretty much but in humans; they don't know what causes it, but their "element" isn't found out until they're under a lot of pressure or stress.

For instance, the girl I want to do, she's going to be a water elemental. (I'm coming up with this as I type...) she's blonde and she's a swimmer for the school; I'm not sure what brought her element out yet.

Anyway, this girl's gonna be this tiny girl with a swimmer's build, a blue ringer shirt with "so i herd u liek mudkips??" with a mudkip head, a blue/purple plaid skirt, fishnet leggings, yellow low-top converse and something else pokemon related.

Edit: it sounded like such a good idea in my brain but I'm not sure anymore xD... Percy Jackson kind of threw me off. I feel like I'm leeching ideas >__>

Edit: lawl nevermind. It was a dumb idea xD

But. I AM proud of this

gah! idk why but the lil notice didnt tell me you posted! sorry!

anyway that idea actually sounds lovely! What if you got a few friends in on it to help you develop the characters?
and posh! every idea has been done, so there is no way to be original without unknowingly leeching ideas and twisting em.

have you picked a name yet for your fishie girl?

He is luv-er-ly! i wanna eat him up! Your skin palette is fabulous, and your using the right ratio of orange too. he looks amazing and my only tidbit is maybe when your done add a few fly away hairs?

I actually haven't thought of a name for her. I'm loving all weird names (Denver, Frost, Kennedy, etc...) and I love odd spellings for names (Cassadee, Izayah, Ryeleigh), but I haven't decided if I want a normal name for her yet or not xDD

Oooo thanks. I'm uber proud of him right now :B

Some whispies added as per request

This here is Aine. She goes along with Adalynn - the swimmer, water-elemented blonde girl I was talking about earlier. The RP did get started, and while it's in it's beginning stages, it's good so far

Aine is the "fighting" element. She is Asian (I need to fix the base, I've never dolled an Asian so... xD...) and she's quite an oxymoron. She's hell of a good martial artist but she also does wrestling. She also dances to keep in shape.

That's all I've got for her right now, I love her to bits. She's trying to get this one boy at the academy - a "metal" element - to fight her, but he won't because she's a girl.

There's also Jude, the Music elemental, Adalynn with Water, Sunday/Sundae (I haven't decided the spelling...) who does Heat, and Cassidy, who is a boy thankyouverymuch, and his element is... SURPRISE!

lol I bet Cassidy always has the element of surprise! lol couldnt help myself. once your done with your yummy boy, you should try making a group shot of all the charas. costuming would be hellva fun!


I actually just finished a auction order from oh geez, forever ago (sorry Okami lol) and i've yet to get that inspiration for any of my shop orders. So nope not really working on anything.

...i might start that couple doll of Spock in a towel and a very embaressed Kirk. (totally innocent sceniro i promise!)
[/quote]

The instructions are:
-One person either picks or makes a base. Just ONE person. You will be working on the SAME doll!
-Each person will take turns with each step. For example: Trainee sketches the design, Mentor makes the lineart, Trainee lays the flat color, Mentor shades the hair, Trainee shades the shirt, and so on until the doll is complete!
-Post your doll here and include who did what in your doll together.
-The doll that demonstrates the best teamwork will get it's creators 100 diamonds each!

Course the event is over so we wont get anything from this, but it could still be fun to try

Oooh! That'd be fun. I'd do that with you

You can pick the base if you'd like to. Also, if you want to go in a specific direction style wise and you want me to do the lineart, tell me so I won't go so wonky xD

added on a bit;

I tried shading her hair like you shade yours xD like from the tutorial/mentorship thing you did. It's not quite as shiny but I like it, I'm not sure if I'll keep it though. It feels like I'm stealing.

And I wasn't sure how to do her bun... so it's unshaded right now.
Also, I'm not sure what to clothe her in.

...and I'm not 100% sure if her eyes are...Asian enough. >__> That sounds racists but I realized I've never really dolled another race. Not because I'm racist I just don't really... xD that's baaaaad

ALSO! The bracelets on her arm, do they look like Silly Bandz to you? The orange-y one isn't shaded yet so it's kind of thin and flat. But the blue one is half-done.

Teh silly bandz (just in case you haven't seen them) 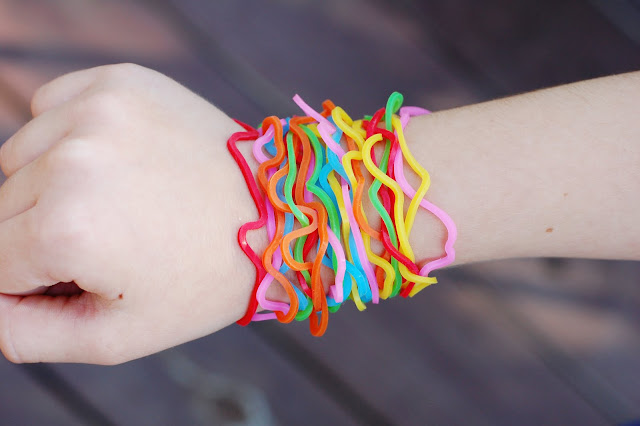 And also! xD What needs fixed on my yummy boy? I'm not quite done with him becsause he looks a little... plain. Would a scar help or an earring or something?
[align=center]Avatar Base[/align]
Top

I can't decide between the two outfits... I like the Flash one better but I'm not sure.

Also, any nitpicks before I finish?

I started this, base is on the WIP.

Tis Adalynn, the water elemental I was telling you about earlier

sorry for not repling as fast as i wanted

as for the base how bout something by Hollay? Her deviantart

Love the flash! one bit of c/c is your shading on the shorts looks a tad pillowshaded. I would also add a waist band to help give that short-shorts look. but thats up to you.

One thing that bugs me is her clavical. its shading seems really harsh, and oddly placed.


doll two! that is omg-cute! that shirt is genius and reminds me of the purple one you did a while ago.